Why does the value of a currency go up or down?

So why does the value of a currency really go up or down? What do we know for sure right now? We know that asset prices flourish in fluctuations. In forex, before changing our money from one currency to another, we are usually somewhat clear on the value, in order to enable us to decide whether to do it now or later. But do we know - why - currencies vary in value?

What exactly are rates and exchanges making the currency go up or down?

Each currency has a certain price and hence this becomes the reflected value. Since the currency of each country has a different value, the value you get for your currency within an exchange with a different currency is called 'exchange rate'. For example, if the euro / dollar exchange rate is 1.10 means that for every euro, you will receive $1.10 (or $1,100 = €1,000). The three currencies of the international markets which are often taken as a sound reference, as they are often the strongest in the industry, are the dollar, euro and pound.

We know that the exchange rates in the Forex market or foreign exchange market, can increase or decrease at any time. Hence, currency again; either up or down. We presume that all markets move through demand and supply phases which remedy the outcome of the value, making a currency in some ways, variable - by definition that variable changes with the level of output. It is clear that the foreign exchange market would not make an exception to the variation. The main reason why a currency is variable, is due to supply and demand. The increase in supply within a currency will reduce the price, while a low supply will affect the price visa versa.

The elements which contribute to supply is of great importance in the financial markets, but it is clear that demand is the main driving power behind the price and value of any foreign currency. The value and price of currency change is based on the fluctuation of demand. Therefore a decline in demand lowers currency values, while demand will also increase as the price increases.

In conclusion to this, supply and demand are causing taxpayers’ currency pairs which have value more or less as required by the public and taking into account the number of transactions made in the international currency market.

We assume that banks and governments manage the money supply and interest rates solely for the purpose of controlling its economy. The higher the money supply of a country, the lower base rate value will be for that particular currency. This also implies that interest rates, will be reflectively low, figuratively speaking. When interest rates are low, the currency tends to depreciate. And thus when a government decides to lower interest rates for people to acquire better prices loans or credit, this echoes in the consumer spending for those people. Small governmental changes, across masses of consumers, changes like these can help grow an economy through general consensus spending, and thus also grow an economy – ultimately raising currency value.

Another cause that can make the price of the currency decline and/or economic imbalance occur; is a strong growth of inflation (overall rise in market prices). Under these conditions, the public cannot afford to continue with a higher level of spending. And companies have great difficulty to sell or bring to market their products or services. If the central bank of the country makes the decision to raise interest rates, or people save rather than spend, it’s one way that demand and inflation would also drop.

Imagine that your country's economy is strong, formidable and stable, that all its inhabitants have a high consumption, unemployment rate is low, high labour productivity, the property market is growing and its Gross Domestic Product (GDP) is on the rise. These are all factors which are interesting to major investors in and outside of the country, once those economic injections are released into the circle of growth, this also step by step increases the value of your countries currency.

Now imagine if your country had a completely different unstable situation today, tomorrow and the foreseeable future, internal or foreign investors will not find this upside down haven to be an enticing investment opportunity, they will look elsewhere and the currency would surely drop as a direct result. 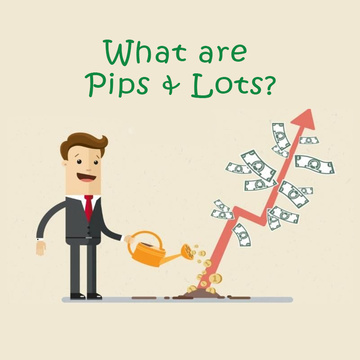